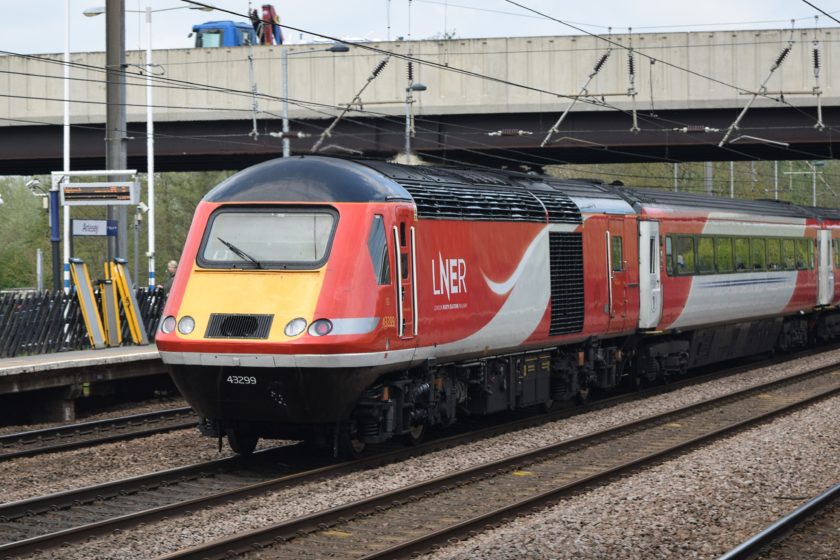 The recent withdrawal of the last HST set from Great Western Main Line services has left many people wondering about the future of HSTs on the network at large. Fortunately, several operators plan to continue using the type, which has now amassed 42 years in service, for some years to come. What follows is a breakdown of current HST operators and what plans they have for their future.

May 2019 brought the curtain down on HST operation out of Paddington, but it’s not the end for GWR HSTs overall. The operator has retained 12 sets for local services between Penzance, Exeter, Taunton and Cardiff. These have been reduced to a 4-carriage formation and overhauled with power doors, enabling them to comply with new disability access requirements from 2020. Enthusiasts refer to these shortened sets as “HST GTi”, in reference to the high power to weight ratio of two HST power cars on a short 4-carriage load. Given the investment in overhauling these sets, it’s likely they will remain in service for some time to come.

Withdrawal of the LNER HST fleet is expected to start in the next few weeks, with the May 2019 timetable change bringing the introduction of the new Class 800 “Azuma” sets onto London-Leeds and Hull services. The bi-mode capability of the Class 800s enables them to operate from the 25kV AC overhead power on the East Coast Main Line whilst also running in diesel mode to HST destinations like Hull, Aberdeen and Inverness. This removes the need for running diesel trains under the wires.

LNER’s fleet of 14 9-carriage sets is likely to be withdrawn by the end of 2019 or early 2020. It is not yet clear what will happen to these sets once they are returned to the leasing company.

Abellio ScotRail have taken on 27 former GWR HST sets, shortened to 4 carriages and refurbished with power doors like the retained GWR sets. These will work the new ‘inter7city’ services between Scotland’s principal cities for the foreseeable future.

Abellio’s successful bid for the East Midlands franchise includes entirely replacing the current intercity fleet of HSTs and Class 222 “Meridian” sets within the franchise term, which runs until 2027. The East Midlands HST fleet grew last year when East Midlands Trains took on the former Grand Central sets, and there is a possibility that the franchise may take on additional sets from other operators to boost capacity in the short term. However, the trains are likely to be an early priority for replacement over the newer and more accessible Class 222 sets, so any additional sets which join the fleet are not likely to see more than a few years of service on the Midland Main Line.

CrossCountry, unlike some other HST operators, have been investing in upgrading their existing fleet of 5 HST sets with power doors to keep them in service into the 2020s. It’s not currently clear when the current CrossCountry franchise will be up for tender again, but the CrossCountry route suffers from a great deal of overcrowding and transferring additional HST sets in to allow the Class 220/221 “Voyager” sets to double-up on busy services or relieve the Class 170 operated routes is one possible solution.

Network Rail and Other Possibilities

Network Rail operates a single 5-carriage HST set as its “Network Measurement Train”, affectionately known as the ‘flying banana’. As a non-passenger operation this is unaffected by accessibility requirements and is likely to continue in operation for some time.

Hull Trains have taken on two ex-GWR HST sets for short-term cover for their Class 180 “Adelante” sets, which have been experiencing reliability issues. Hull Trains however have new Class 802 IET sets on order, which will replace both the hired-in HST and Class 180 fleets.

There has been some discussion in the rail industry press about HSTs being re-purposed for high-speed freight or parcels services, although it is not clear currently if there is any serious prospect of this happening. While the ScotRail, GWR local and CrossCountry fleets look safe for the time being, the rest of the GWR, LNER and East Midlands fleets are likely to be looking for new homes over the next few years. Other operators may express interest, but it does seem likely that some of these trains will not find new homes.

The National Railway Museum has already earmarked an HST power car for preservation, and the HST 125 Group, who operate the unique Class 41 prototype power car, aim to obtain another power car to operate with the prototype as well. Given the high volume of enthusiast and general public interest in the type, it is probable that several will enter preservation.