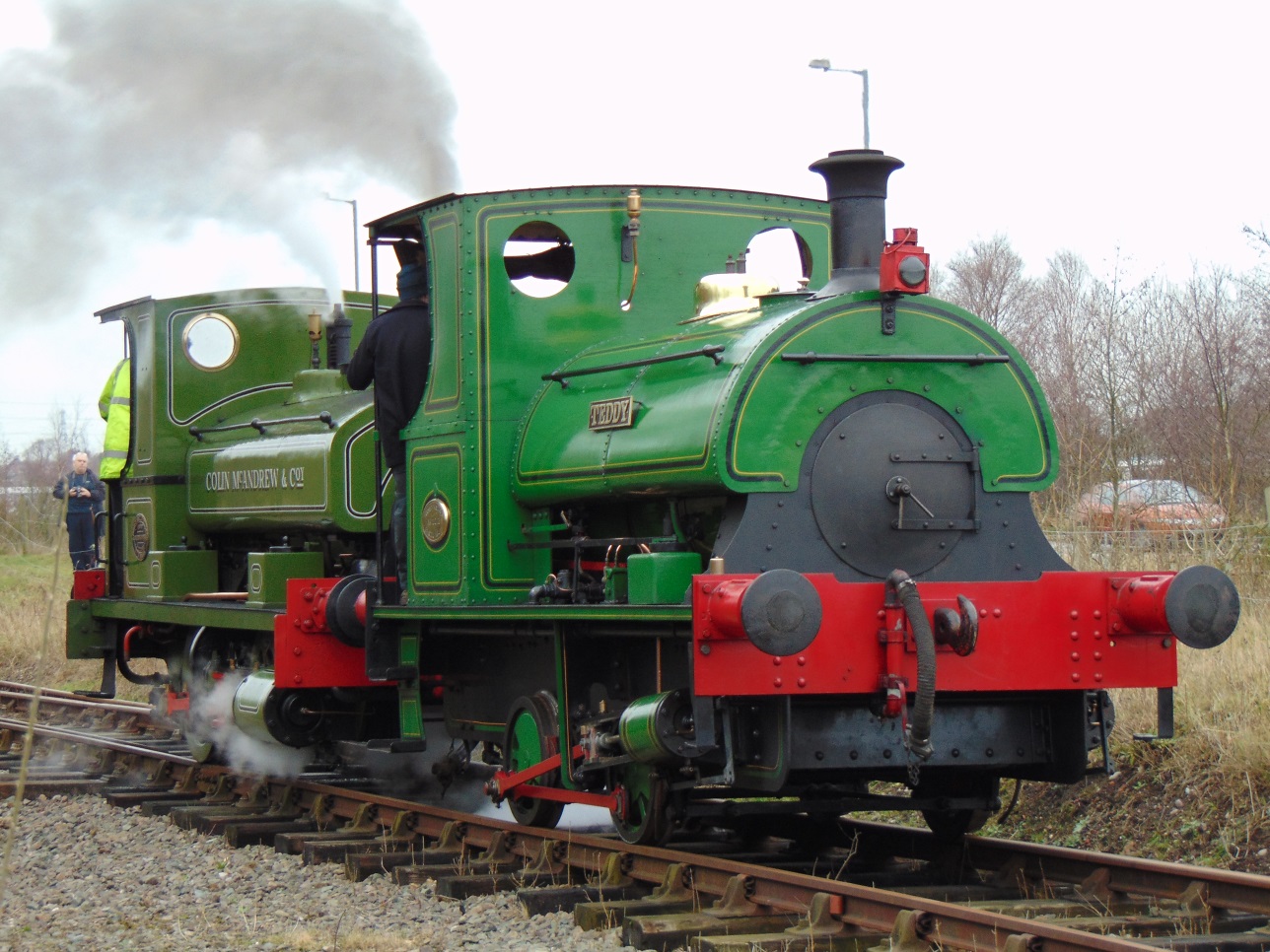 My first trip of the new year took me to The Chasewater Railway, arguably the home of industrial rail preservation in the UK. New Year’s Day was the setting for their winter gala, with a mixture of small steam and diesel locos in operation. The star of the show was arguably 1911 built Andrew Barclay 0-4-0 saddle tank No. 1223 “Colin McAndrew”, which ran paired with Peckett 0-4-0 no. 2012 ‘Teddy’. Although the venerable pair struggled to build steam on the outward leg, necessitating an extended stop at Norton Lakeside Halt, the sight of the elderly locos working their hardest around the lakeside was a great way to see in the new year.

Before visiting the railway I made a brief stop in Birmingham to see the recently opened Midland Metro extension to Bull Street. The last leg into New Street is still under construction, but trams have now returned to the streets of Birmingham for the first time in half a century. After this a quick ride up the Chase Line, currently being prepared for electrification, brought me to Cannock where the three mile cross country walk to the Chasewater Railway would commence. It’s not the easiest railway to reach by public transport, but it’s well worth the effort and the village of Norton Canes is steeped in colliery history itself.

The Chasewater’s resident coaching stock is a rather unusual mix of a mark 1 brake and two former DMU trailers of classes 116 and 127. The DMU enthusiast in me longs to see these returned to sets of their own classes, but it is interesting to see them in use as hauled stock. Diesel locos in action included the phenomenal sounding North British Locomotive Company 0-4-0DH No. D2911 as well as two class 08s, one of them recently overhauled and in passenger use for the first time. The railway’s museum at Brownhills West is well worth a visit, and although the weather didn’t permit it on this day, a walk round the lake itself is definitely something for a future visit.

My gallery of photos from the visit is here.