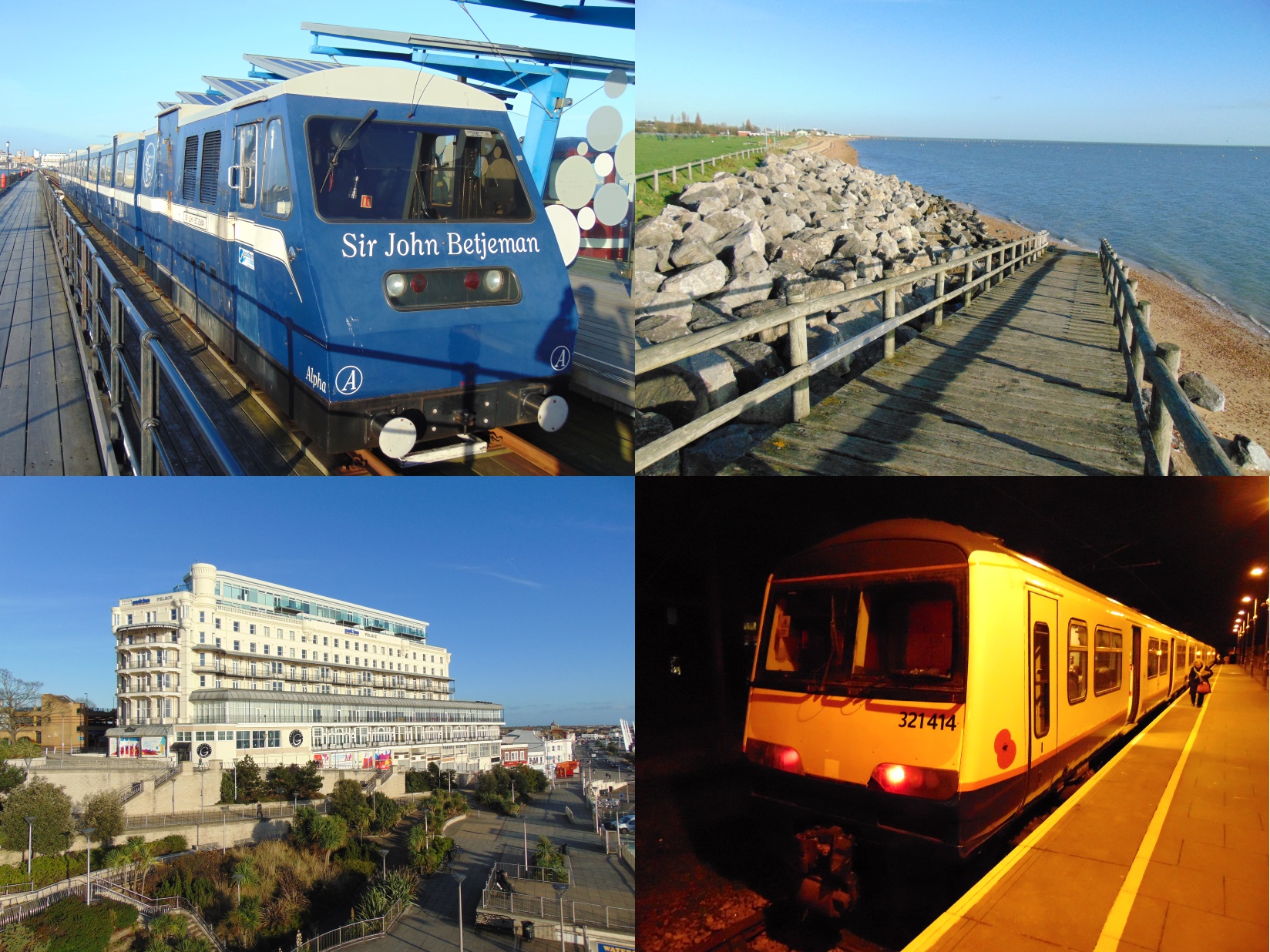 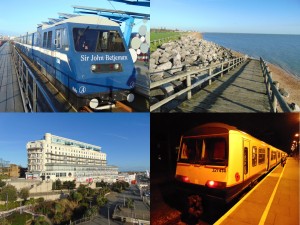 On Wednesday 9 December I headed to London for what would be a very sunny day on the Essex coast. Walking from Bank to Fenchurch Street past the Monument and ‘The Walkie Talkie’ skyscraper, I boarded one of the Class 357 Electrostar units unique to c2c, the only National Express rail franchise left in Britain, for a journey along the full length of the line to Shoeburyness.

The Class 357s are some of the most comfortable EMUs on the network today, and the way they’re uniquely confined to the small network of lines out of Fenchurch Street makes riding them an interesting experience. The line itself has long shaken its historical reputation as ‘The Misery Line’ and is now a smooth and thoroughly enjoyable ride along the Essex coast, especially notable for the stunning stretch of coastline through Leigh-on-Sea.

The full gallery from this trip can be seen here

Reaching the end of the line at Shoeburyness, a town I had visited once before a decade earlier when the MOD site at Pig’s Bay was still used to store withdrawn EMUs, I walked over to the beach I had not visited on my first visit. The East Beach is on MOD land and doubles as a live firing range, and beach goers must observe flagpoles at either end of the beach to confirm that it’s safe to enter. A hanging yellow diamond on the mast means the beach is open to the public. After taking in the full length of the beach in the stunning unseasonable weather and exploring a little more of the town itself, I headed back to the station for the short hop to Southend Central. 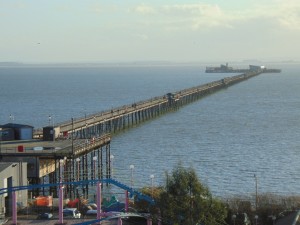 My main goal in Southend was the town’s very lengthy pier, along with the narrow gauge railway that runs the mile and a half length of it. In the ten years since my last visit the pier end had been rebuilt following the fire, but the same 1986-built trains were still running the service, looking like a kind in miniature imitation HST. Although very windy and cold, the pier offered stunning views of the Thames Estuary, with clear vistas across to Canvey Island and the north Kent coast. The £4.20 return train fare along the pier seemed a little steep but the bumpy, rumbly ride was thoroughly enjoyable.

Southend-on-Sea is a town with two main stations, the other being Southend Victoria, and this is where I headed next. For the first time since May 2010 I encountered difficulty getting permission to photograph trains at this station, with the staff under the false impression that photography was both illegal and against Abellio policy. Despite meeting resistance from the gateline staff I eventually found a senior manager who set the rest right, and was able to proceed. Needless to say, Abellio Greater Anglia have since been in receipt of a lengthy email about the incident, which was in contrast to my usual experiences at their stations. Victoria is the terminus of services from London Liverpool Street, providing a competing service to c2c’s service from Central to Fenchurch Street.

Southend is also an interesting destination for the discerning bus enthusiast, and the pretty much 50/50 split of First and Arriva generates an interesting mix of models. 1990s built Dennis Darts and Plaxton Prestige bodied DAFs are still in service with Arriva, while First run in some T-reg Tridents from Basildon. Regal Busways were the only other operator to put in an appearance during my visit. 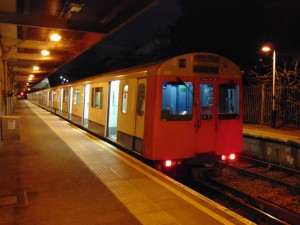 Upon leaving Southend Central I took the route via Grays and Ockendon back to Upminster, in order to cover the southern part of c2c’s network (although I still need Grays to Dagenham Dock). At Upminster I got some District Line photos of the new S-stock and the rapidly vanishing D-stock before heading to platform 6 to ride one of the recently departed ex-London Midland Class 321 units that have now received London Overground livery for the Romford shuttle. I’m told these will soon join the rest of the ex-LM units in heading to Glasgow, so the opportunity to ride one with London Overground was too good to miss.

Heading back into Liverpool Street from Romford, I had a little more time to kill before the first off-peak evening train home from Euston. Broadgate in the dark during rush hour is an interesting experience and only a few decent bus and building photos were possible between the endless crowds of financial workers. Nevertheless a privately owned Routemaster and one of GoAhead London’s unusual East Lancs bodied DAFs still provided some nice surprise spots to end the day.