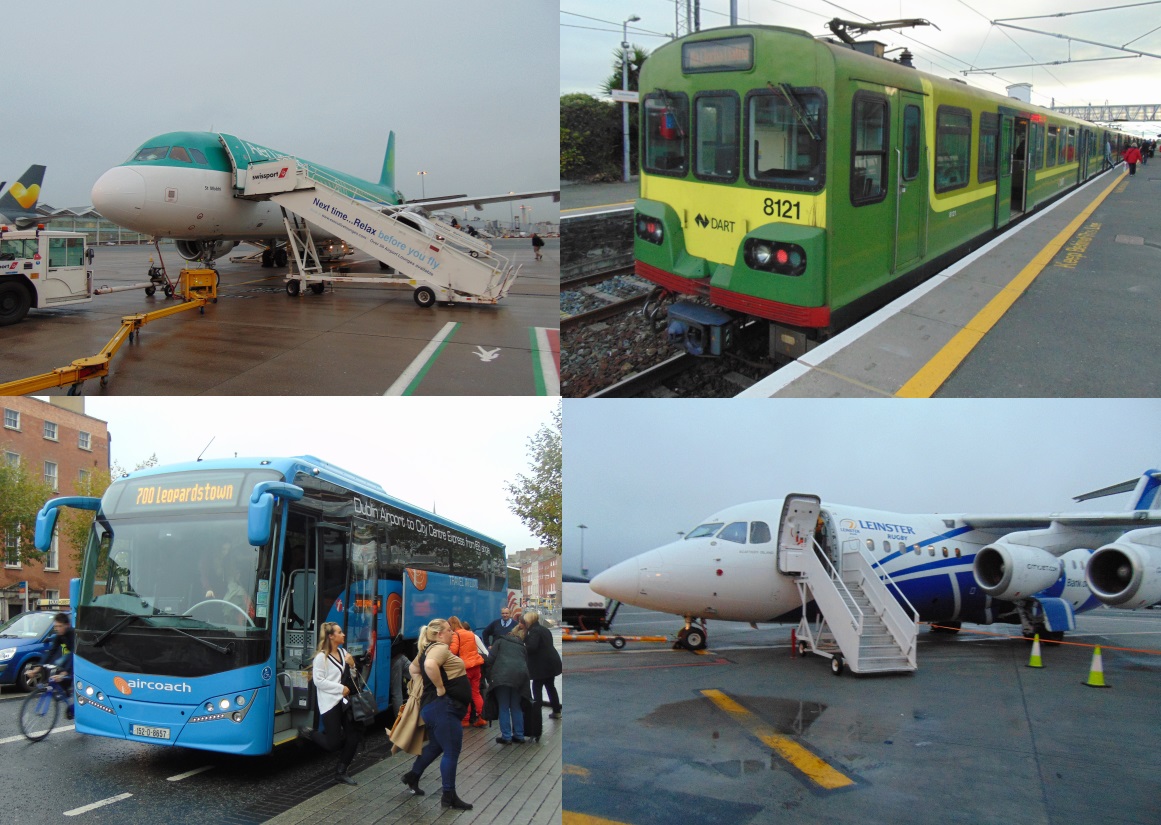 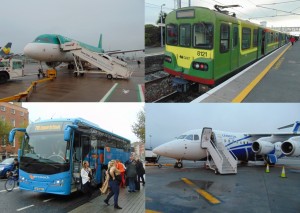 On Thursday 26 November I set out very early on a day trip to Ireland, catching the 05:37 London Midland service from Milton Keynes to Birmingham. The full gallery of photos from this trip can be seen here.

Two different airlines were used for this trip; Aer Lingus from Birmingham to Dublin for the outbound leg and CityJet from Dublin to London City on the return leg. The return flight was a key element of the trip, as it was my first flight on an Avro RJ and my first flight into London City. In between the two flights, the trip was also my first time using First Irish Aircoach from the airport into Dublin, having used the Dublin Bus 747 service on all previous visits. After arriving in Dublin and spending some time in the city, there was just enough time for a trip to Greystones and back on the DART, to take in a little of the stunning County Wicklow scenery. 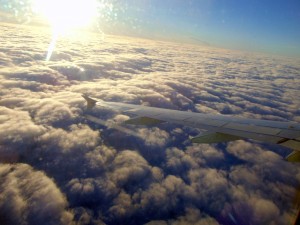 Arriving at Birmingham having checked in online but having been unable to print my boarding pass, I was relieved that the Aer Lingus check-in desk happily ran off one for me without any issues. My plane for the flight was Airbus A320 EI-CVB ‘St. Mobhi’, dating from 2001. Boarding through two sets of stairs got the flight underway ahead of schedule. The climbout was fast and smooth despite heavy cloud, with the only real turbulence happening during the descent into Dublin. The flight attendants, as is always the case on these ‘blink and you’ll miss it’ flights, were visibly rushing to get the in-flight service done before the final descent. The early depature, combined with a northerly departure from Birmingham and easterly arrival into Dublin, meant we were on the ground a quarter of an hour earlier than expected.

Into Dublin on Aircoach

Having used Dublin Bus’ 747 ‘Airlink’ service on all previous visits to the Irish capital, I decided this time to try out First’s Aircoach service, with decidedly mixed results. The coach that arrived was a 701 service that had come from Belfast, meaning it was almost full already. I was given one of the few remaining seats while several others had to wait for the service behind. The vehicles on the service are finished to a high standard, perhaps a little short of ‘travel in luxury’ but nevertheless very comfortable and smooth riding. The onboard wifi required a questionnaire to be completed before it could be used, which insisted I fill out all fields including those which had already defaulted to the right answers for me. While I was impressed with the overall standard of service, my driver was very enthusiastic with the brake pedal and the horn, and the journey was nothing short of a white knuckle ride from start to finish. At one point, stuck behind a cyclist in Drumcondra, he felt the need to turn to the passengers and exclaim “he hasn’t had his breakfast!”, which isn’t quite the professionalism one expects from a ‘luxury’ service. 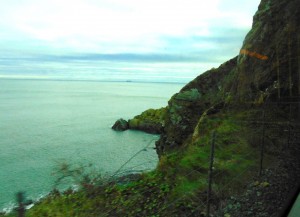 After a cursory walk around Dublin to check up on the Luas extension works and get a few general photos, I headed to Connolly to catch the DART down to Greystones. Connolly is a great station for photography, especially platform 5, and I was able to get 201, 8100, 22000 and 29000 class photos in the short wait for my train, including both 29000 class liveries. The DART ride itself was a great experience, with improving weather giving me good views of the sea along the coast. The section south of Bray was new to me, and this has some of the best scenery on the Irish Rail network.

Greystones itself is a beautiful little town, and feels much more like true Ireland than most of the Dublin area. The beach goes on for miles and the mountainous scenery to the north contrasts nicely with the rolling fields to the south. It’s somewhere I’d highly recommend anyone in Dublin take the time to visit.

Taking the DART back to Connolly a short while later, I went for another walk around the capital before the Aircoach ride home. The Dublin Docklands are still the curious mix of activity and abandoned half-finished construction projects that they were the last time I visited, but it’s clear that work there is finally beginning to pick up again as the economy recovers. 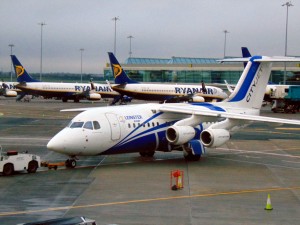 Back at Dublin Airport, the highlight of the trip for me was still to come. Heading into Terminal 1’s 201-220 area, I got the first sight of the CityJet Avro RJ that would take me to London City. These beautiful British-built aircraft are the core of CityJet’s fleet, who are one of the few airlines to still operate them. However CityJet have now ordered 15 new Sukhoi Superjets to replace them from next year, which will bring the fascinating Russian regional jets to Europe for the first time.

Throughout the flight I was extremely impressed with CityJet’s service. When my booked seat didn’t have a clear window view, the attendants happily relocated me to a vacant one. The service from the attendants was happy and friendly throughout, and the complimentary drink and snacks were a welcome luxury compared to virtually every other short-haul airline I’ve used. The flight itself was excellent, and once you get used to the Avro RJ’s quirky bumps and noises, the aircraft fly very smoothly and have some of the quietest engines of any passenger jet. The necessarily steep descent into London City provides for some excellent views whichever direction you land from, and the small airport and the small aircraft using it guarantee a speedy exit.

All in all, this was one of my best trips this year, and I strongly recommend any aviation enthusiasts take the chance to experience CityJet’s Avro RJs while they still can.