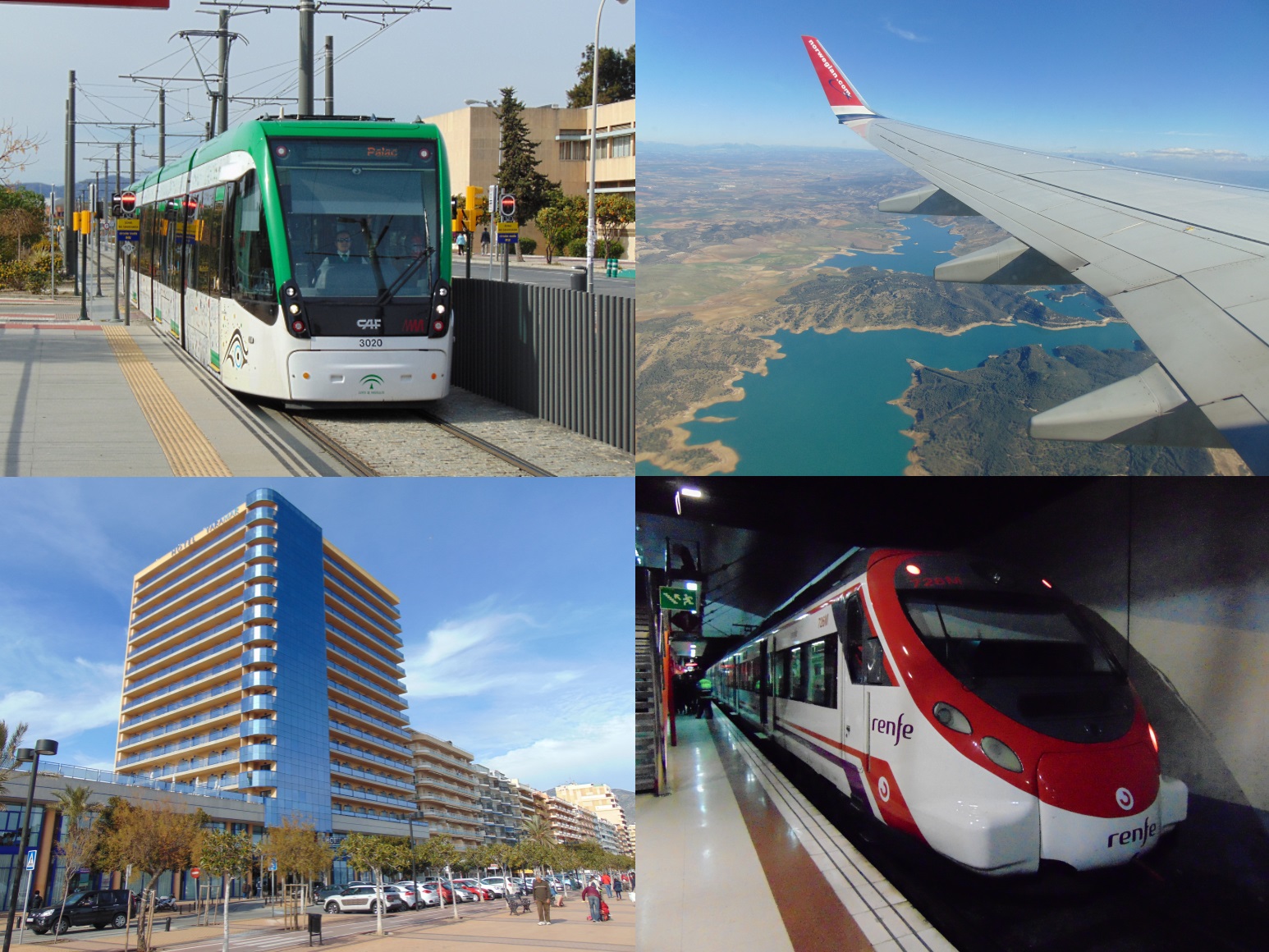 I’ve never liked the cold, and during the frozen depths of January I decided the best place to spend a few days would be in the full-on sunlight and twenty degree heat of the Costa Del Sol. Booking the return flights with Norwegian for a little under £50, I set about planning how the weekend would unfold. The full gallery from the trip can be seen here.

The trip began at 5am on Saturday 16th with a London Midland train ride down to the somewhat less glamorous destination of Watford Junction. There I changed onto Southern to continue to the other ‘Junction’ at Clapham, and then on down to Gatwick from there. The circuitous route was necessary as the ‘via Kensington Olympia’ open return was a lot cheaper than the via London equivalent. Once I’d hunted round Gatwick’s extensive departures lounge for the Norwegian check in desks, got by boarding pass, gone through security, I was treated to a feast of plane spots. The best of these was one of Air Transat’s thirty year old Airbus A310s, as well as an Aurigny Embraer 190 and widebody Boeings from both BA and Virgin.

The flight itself was as good as I’ve come to expect from Norwegian; smooth, comfortable and with excellent service. The experience flying with them is quite far removed from the other ‘budget’ airlines I’ve used. The climbout from Gatwick was fast and uneventful, while the approach into Malaga Costa Del Sol airport provided some spectacular views of snow-capped mountains, desert scenery and elevated lakes in glorious sunshine.

The evening of my first day was largely spent walking around the parts of the city nearest my hotel, the Hotel Los Naranjos in La Caleta. Sitting on the beach in belting heat in the depths of January was definitely an experience to savor and the ability to just enjoy the situation of being there was a large part of what I had gone for.

The second day formed the main body of the visit, exploring the centre of Malaga. The Gibralfaro was a major element of this, a mountain in the heart of the city surrounded by historic architecture. After taking in the views from atop it and experiencing the city’s various streets and sights I put my transport enthusiast hat on and went to experience the Malaga Metro. The new system is effectively a pre-metro; a tram or light-rail system with underground running. Nevertheless the heavily engineered system is very impressive and I look forward to returning once it has extended further into the city.

The second half of the day involved the 45-minute train ride out to Fuengirola. This was my first time riding on Renfe’s broad gauge system and the ride quality from the wider track is noticeably smoother. Much of this line has been modernised and moved underground in places, creating an interesting contrast between those sections and the more traditional single track sections along the seafront. Fuengirola itself is a typical seaside tourist destination, with seafront tower blocks and street vendors everywhere. It provided an interesting contrast with Malaga and the two together created a very well-rounded experience for such a short break.

After a long night in the airport to avoid a second night of hotel costs, my flight home left just before dawn, giving some stunning sunrise views which unfortunately my camera seemed quite incapable of capturing, barring one memorable shot where another aircraft was passing in the opposite direction. The landing back at Gatwick was as smooth as ever and I decided to film it, as can be seen here:

Another couple of hours on the train back via Clapham to Milton Keynes saw me home barely two and half days after I’d left, but it felt like a great deal more.

The full gallery from the trip can be seen here.