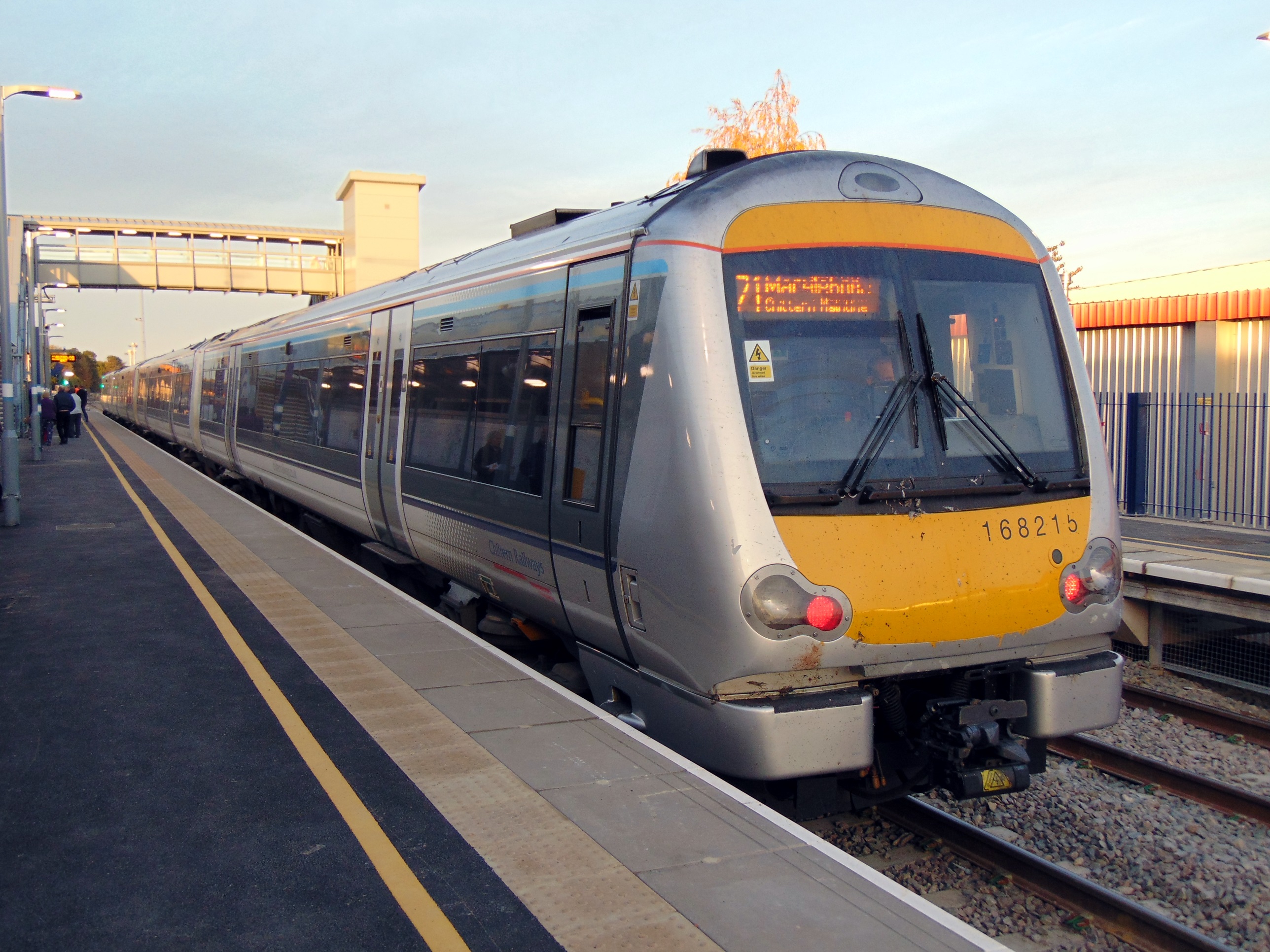 On Sunday 25th October I traveled on the first day of services on Chiltern Railway’s new route to Oxford Parkway, taking a return trip from there to Haddenham via Bicester. The gallery of photos from this trip is here, and some video shot at Haddenham and Thame Parkway and the new station at Bicester Village is here.

This was a day I had been looking forward to for a long time, as it represents the first stage of the eventual full reopening of the East-West Rail route from Oxford and Aylesbury to Milton Keynes and Bedford. Chiltern’s “Project Evergreen 3” saw the original Bicester-Oxford service, which they took over from First Great Western in 2011, suspended for a year and a half while the single track branch, itself only reopened to passengers in 1987, was torn up and replaced with a new 100mph double track main line.

My experience of the line was very positive, although the new stations do lack weather protection somewhat and were clearly incomplete, with workmen still busy installing lighting and paving the car park at Bicester Village. Aside from some on-train displays showing Bicester North instead of Bicester Village, Chiltern seemed to have done a good job preparing for the first day with staff on-hand everywhere to help the new passengers.

Although this was the first day of services, the official launch actually took place on the following day. It will certainly be interesting to see how the new service fares in passenger loadings, but with the extension to Oxford itself coming next Easter and the prospect of further extensions towards the Oxford Science Park in the future it seems safe to say that the line has now firmly left its days as a quiet rural branch behind.