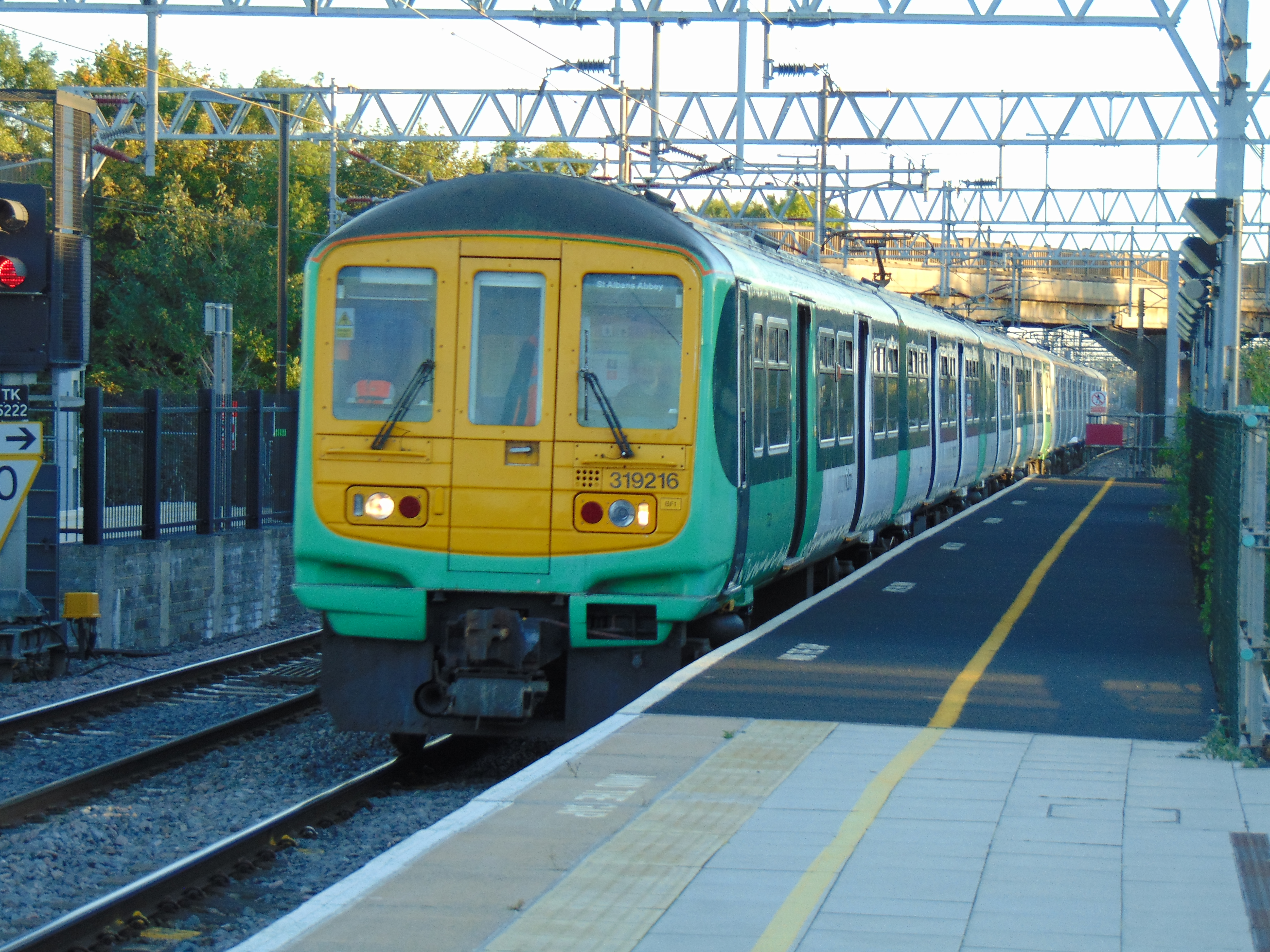 I went out for the first day of London Midland operating Class 319 EMUs on the West Coast Main Line today. 319216 and 319429 were the units in service, with 216 wearing Southern colours and 429 wearing an all-over white livery. During the short ride from Bletchley to Milton Keynes Central I traveled in 429’s rear carriage, which is the only one in the unit to have received new London Midland green seat covers. The units feature a smaller first class area than the class 321s they replace, with no door between first and standard in 319429.

On this day 319460 was working the St. Albans Abbey branch, with London Midland’s fourth unit (for now) 319013 undergoing work at Northampton depot. 013 lacks first class entirely, and it is unclear whether or not London Midland will be adding first class accommodation to the unit at this stage.