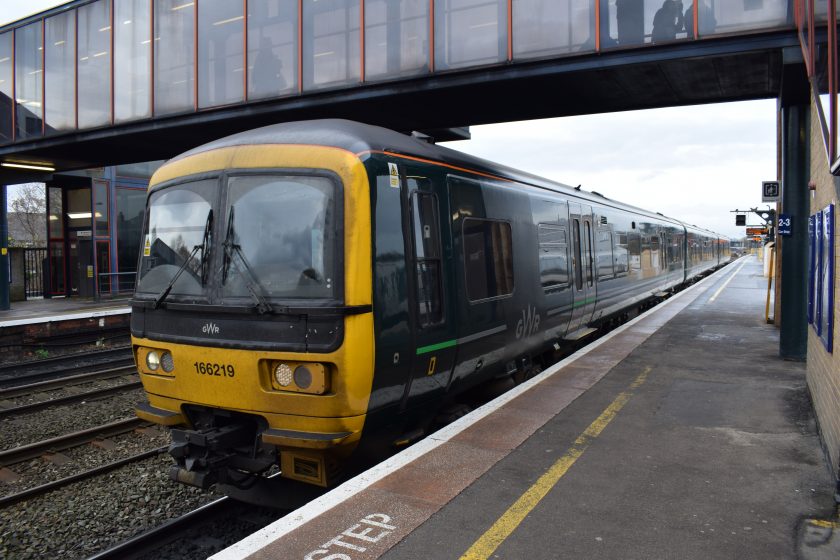 It’s common to hear that train fares have become very expensive. But the reality often is that there are far cheaper options for many journeys than a lot of travelers end up paying. Here are a few techniques I regularly use to find cheaper ways to travel on Britain’s railways:

This is an obvious and already well-covered option, but it’s still seldom used by most travelers. If your journey involves changing between different lines or operators, you can often take advantage of large discounts by splitting the journey at the changing point. For example, the open return between Milton Keynes and Nottingham is nearly halved by splitting at Tamworth, allowing it to take advantage of London Midland’s cheap fares on the Trent Valley route. Contrary to the popular perception, there is nothing wrong with doing this and it isn’t discouraged in any way. It’s just the same as splitting a journey between the train and another mode of transport like a bus route, which is also sometimes a good way to cut costs and even journey times. You’re just buying two separate journeys.

These little-known tickets allow unlimited travel across a certain area for a day or longer. There are hundreds of rover tickets available across the country, some covering a single line, while others cover whole networks of routes. Some also include other modes of transport, such as buses and trams. These tickets can often provide a cheaper alternative to returns and singles. The National Rail website includes a list of rovers and rangers, broken down by operator.

If two or more operators run over the route you’re travelling, there’s a chance one of them will have tried to undercut the other’s fares. Sometimes this will come at the cost of a slower or less frequent service, but other times the faster operator will be the cheaper option. Don’t just get the obvious train everyone gets; it’s usually the less regular operator that offers the discounted tickets, such as CrossCountry between Edinburgh and Glasgow, or Thameslink between Brighton and London.

This is something that’s talked about constantly, but booking in advance will often provide vastly cheaper fares at the cost of being tied down to one specific train. Check operators’ own websites for the best options. Usually these work on an “EasyJet” model, where tickets become more expensive the more booked-out the train is. But be sure to board the right train! Boarding the 16:33 service with a ticket for the 16:30 one will get you thrown off, or even charged a penalty fare.

Another one to check operators’ own websites for. Often operators will run promotions to encourage people onto their services. It’s also worth looking out for deals with other organisations, such as Virgin Trains’ involvement with the Nectar Card scheme, or tie-ins with tourist attractions, bus operators and airlines.

Railcards aren’t just for the young and the elderly! Rail users in the former Network SouthEast area can still enjoy discounts of up to 33% with the Network Railcard, while many rural lines have their own dedicated railcards for regular users. Couples and pairs of friends who regularly travel together can use the Two Together Railcard, while armed forces personnel and full-time students are entitled to their own national railcards.

Usually group tickets are available for groups of more than three or four people travelling together. Don’t buy separate tickets if a combined option is available!

Travelers transiting across London may find it cheaper to buy a travelcard from their home station and then another ticket out of London, rather than a single or return to their destination. For example, travelling to destinations towards Ipswich is cheaper from Romford than from Central London. Buying a London Travelcard from one station, then a return from a boundary station like Romford, Orpington, East Croydon or Richmond can be much cheaper than a through ticket from a town on one side of London to one on the other. Just make sure the trains you use do stop at those stations!

Some operators offer extra cheap tickets in the quietest times of the day, so consider travelling in the middle of the day or the late evening, or on Sundays.

In many cases, cheaper ticket options can be found by specifying a route avoiding busy a major interchange station, such as Birmingham New Street or Reading. Look at your journey on a map and see if there is a different route that might avoid a busy routing point. Sometimes these tickets are shown as “not via” a certain station, while others will specify a different place to travel via.

Generally, I use the National Rail website to get tickets, as it’s got a very simple layout and sends users straight to train company websites to complete the purchase. Many other travelers prefer Thetrainline or other similar sites. The reality is that often cheap tickets will appear on one of these sites but not the other, or on an operator’s own site but not anywhere else. If you think you’ve exhausted your options, try a few other sites to see if a new choice appears!