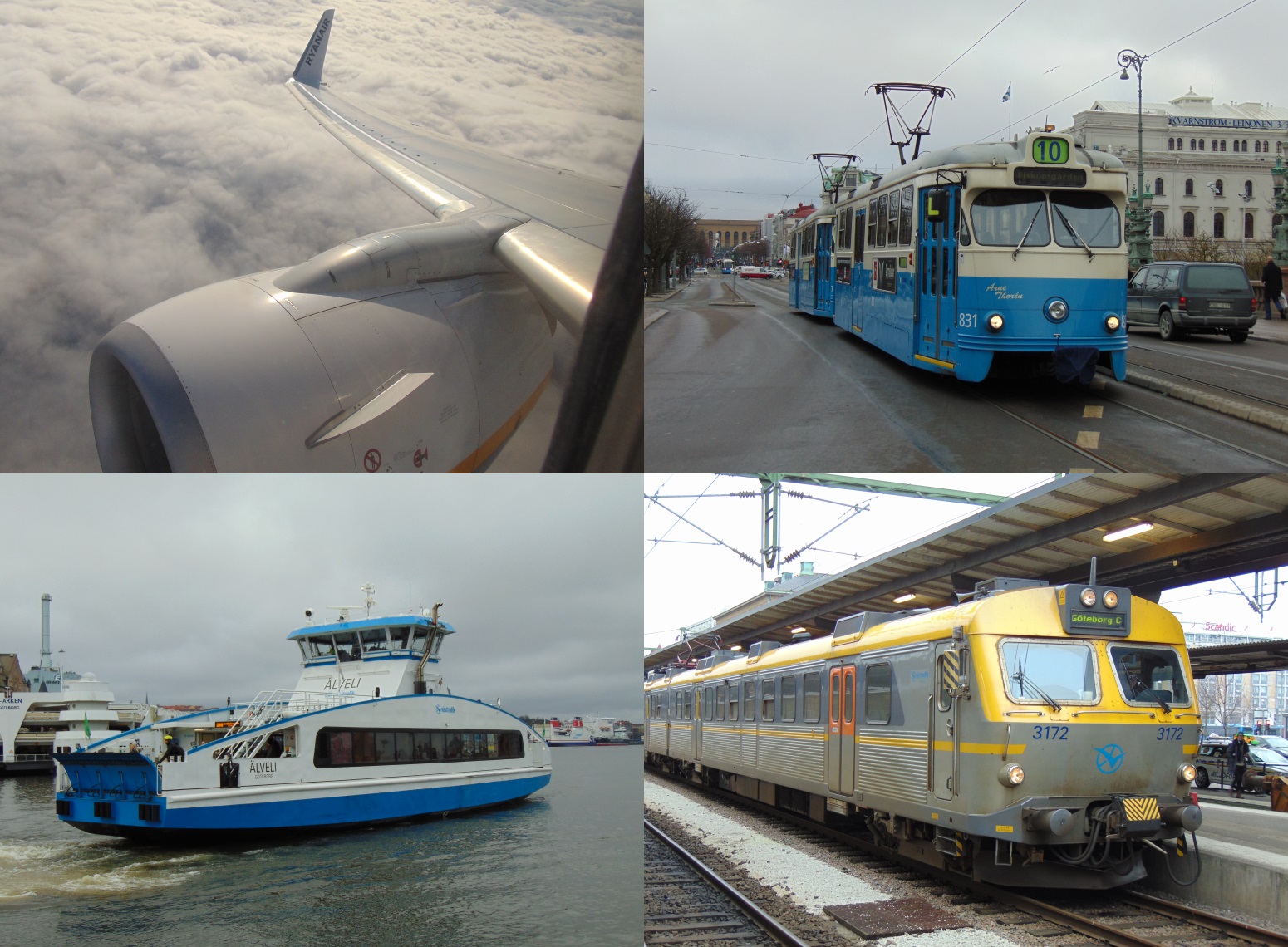 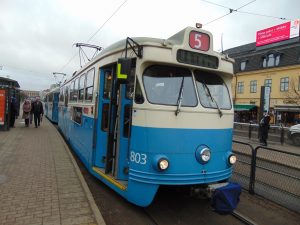 In 1967, Sweden made the rare decision to change which side of the road traffic drove on. Naturally this made much of the country’s single-ended tram fleet unusable, and systems closed across the country. However two substantial systems remained, and one of these is the extensive system in the western city of Gothenburg. With some of the original 1967 vehicles still in service, a visit here was essential.

I decided to make the visit a one-day affair, flying out from London Stansted at 8am with Ryanair, and returning to Gatwick in the evening with Norwegian Air Shuttle. The combined price of the two flights came in under £40. After the arduous journey to Stansted via London Euston and Tottenham Hale, the Ryanair flight was fairly pleasant by comparison, and actually ran to time. A video of my take off from Stansted can be seen at the bottom of this post.

After landing at Landvetter airport, a short ride on the Flygbussarna coach service took me into the city. Trams were, of course, the main purpose of my visit, but time had to be taken to enjoy the city’s beautiful architecture and urban canal system. 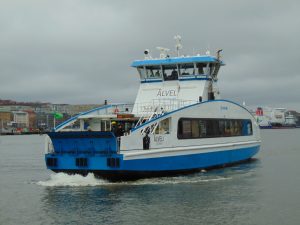 Three main types of tram are currently in service in Gothenburg: the 1960s vintage M28 and M29 Class single-car trams, the M31 three-car sets dating from the 1980s and retrofitted with low floor centre trailers, and the new AnsaldoBreda Sirio M32 Class low-floor LRVs. I was keen to photograph and ride all three varieties, which the busy and dense city centre network made easy.

After some tram rides, I also decided to sample the Vasstraffik ferry service. These double-ended passenger ferries shuttle to and fro across the Gothia River, forming part of the wider public transport network. A ride to Lindholmen and back provided an interesting comparison with the similar Ruter ferry in Oslo I sampled last year, and while this lacked some of the comfort and tranquility of that service, it still impressed me with its speed and reliability. 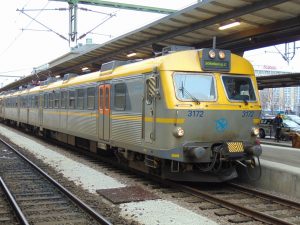 As well as trams and buses, I was keen to photograph a few Swedish trains during my visit. As such, I was pleased to find that the central station was completely open to the public, with direct, uncontrolled access off the street to the platforms. This made getting a wide selection of shots very easy, and I was surprised at the beauty and age of some of the rolling stock, as well as the sleek look of the SJ X2 high speed units.

Having got everything I wanted and more, I caught a coach back to the airport. My return flight to Gatwick with Norwegian was a big improvement on the outbound flight, if only by way of the on-board ambiance of the aircraft and the superior customer service. Returning home via St. Pancras and Euston gave me a chance to reflect on what had been an extremely successful trip.

You can check out my take-off from Stansted at the start of the trip below: